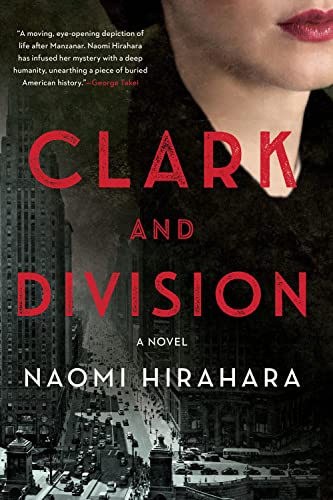 Winner of The Lefty Award for Best Historical Novel

A New York Times Best Mystery Novel of the Year

A Parade Magazine 101 Best Mystery Books of All Time

A Washington Post Best Mystery and Thriller of the Year

“Searing . . . This is as much a crime novel as it is a family and societal tragedy, filtering one of the cruelest examples of American prejudice through the prism of one young woman determined to assert her independence, whatever the cost.”

“Just as only James Ellroy could have written the Los Angeles Quartet and only Walter Mosley could have crafted Black Angelenos’ experiences into the Easy Rawlins mysteries, crime novelist and research maven Naomi Hirahara was destined to write Clark and Division . . . The vibrant characters, the history and the aura of determined optimism that permeate the novel make it feel like the beginning of a saga not unlike Jacqueline Winspear’s Maisie Dobbs mysteries.”

“Hirahara has drawn a devastating picture of a family in crisis and a nation’s monumental blunder.”

“A novel Naomi Hirahara was destined to write . . . Hirahara gives us a rich and vibrant portrayal of Nisei life in multicultural Chicago: the nightclubs, the hoodlums, the young people looking for connection, looking for their place in a world that up until previously had not merely excluded them but incarcerated them.”

“This WWII-set story of a woman trying to uncover the truth about her sister’s death against the backdrop of the brutal internment of Japanese-Americans is simply Hirahara’s most deeply felt and satisfying book to date.”

“Aki is an engaging and complex character . . . An impressive historical novel, but it’s also sadly timely, as we see the old baseless bigotry awakened again among the fearful and the violent.”

“This absorbing historical fiction, by the Edgar-winning author of the excellent Mas Arai series, vividly brings to life the experience of being Japanese American during World War II — a shameful chapter of casual racism, fear and distrust that continues to echo today.”