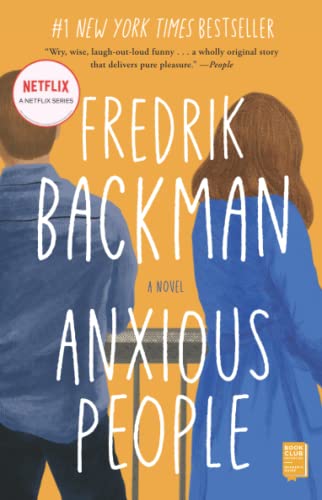 Looking at real estate isn’t usually a life-or-death situation, but an apartment open house becomes just that when a failed bank robber bursts in and takes a group of strangers hostage. The captives include a recently retired couple who relentlessly hunt down fixer-uppers to avoid the painful truth that they can’t fix their own marriage. There’s a wealthy bank director who has been too busy to care about anyone else and a young couple who are about to have their first child but can’t seem to agree on anything, from where they want to live to how they met in the first place. Add to the mix an eighty-seven-year-old woman who has lived long enough not to be afraid of someone waving a gun in her face, a flustered but still-ready-to-make-a-deal real estate agent, and a mystery man who has locked himself in the apartment’s only bathroom, and you’ve got the worst group of hostages in the world.

2831 MEMBERS HAVE ALREADY READ THIS BOOK