Subscribe to Bookclubs' newsletter for book recommendations, book club inspiration, and the most popular book club books each month

What Really Happened: An Essay by Stephanie Gangi 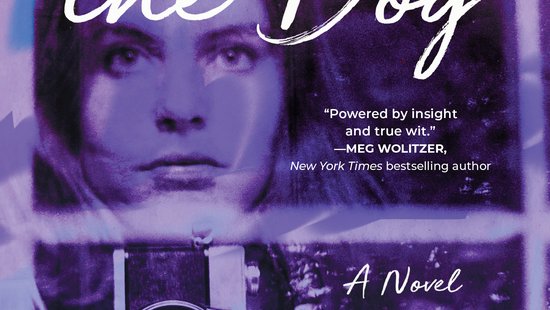 Carry the Dog is not an autobiographical novel. I did use some of my own memories as I wrote it, even though aging has worked its disappearing trick and I’ve forgotten so much. I filled in the gaps with hazy assumptions and wobbly conclusions in order to create a narrative of me. Basically, I made stuff up.

When I’m reclined, eyes closed, in the endodontist’s chair, the bright operatory light angled on me like my personal sun as I wait for the root canal, I call up “that day at the beach when the kids were little” to steady myself in the spin of anxiety. As a young mother I reclined in a summer-striped beach chair with my eyes closed under the actual sun, skin sprayed by the crashing surf while my toes sifted sand and I listened to the kids’ laughter on the wind. Thirty years later, I clean out a cabinet and toss an old bottle of suntan lotion, get some goop on my finger and smell that scent, and—bam. On that beach day so long ago, I was imprinted with happiness to infinity, so much so that I use that memory like kryptonite to repel dental pain.

Just before I drop the lotion into the trash, sorrow sneaks in too: that day was a couple of blurry weeks after the death of my mother, who would typically have been with us. I was a young mother with a mother who died too young. What a cascade of past happy/sad selves, all in a moment, in a scent, years later. I wanted Carry the Dog to show Bea’s deep dive into memory to find a truer narrative than the one she’s been telling herself, so she can figure out how to be Bea going forward.

I make the quest hard. She’s on the brink of sixty with a dark childhood, stalled ambitions, collapsing beliefs about herself and her family, plus she drinks and smokes too much. It’s time—with less time ahead than has gone before—for her to take stock of the past in order to move into her future. She needs to know what really happened. She needs to want to know.

In the novel, Bea tells Echo, her half sister, about going to a punk show on prom night lifetimes ago. Like Bea, I went to my high school prom in a cornflower-blue quasi-Victorian gown, and afterwards to a club to see the New York Dolls. I was mesmerized by the lead singer’s long legs in jeans, his platform shoes, his snarl and sweat, signifiers of some subculture I hadn’t known existed. David Johansen, now seventy-plus, was noted and processed by my seventeen-year-old neural pathways; many years later I conjured Gary Going, aging rock star and Bea’s ex-husband, one of my favorite characters to write. Without giving anything away, Bea finally examines the myth of their meeting and gains insight into complex relationships. More than four decades later, I think my memory served its purpose for Bea.

Speaking of complex relationships, I was left with the contents of a post-divorce home that had to be moved into storage and then sat for years waiting for me to deal with it. It took up a lot of psychic space. And so, I burdened Bea with a storage unit too. For me, finally unpacking and sorting brought mostly sentimental recollections and mild aha moments, but I don’t come from a family full of secrets. Bea does. She knows that stepping into unit #201 won’t be a skip down memory lane.

She discovers some of the same items I did when I opened bins and boxes. In the olden days, my father was obsessed with a new slide projector, the one Don Draper famously brands in Mad Men. My dad spent hours organizing slides, setting up the screen, adjusting the height of the projector. I’d forgotten about the Carousel until I opened a box and there it was—with sleeves of slides, a scent distant and dusty, my father risen like a genie from a bottle who could not grant my wish, which was for him to still be around. But here he was, sort of, so, wish granted?

In the boxes, too, were journals, big black sketchbooks for writing and drawing and into which I taped ticket stubs and matchbooks and fortune cookie predictions. On one page I taped something I wrote for a young man. I was secretly dallying with him, the on-again, off-again beau of a friend of mine. We were shameless, moths/flame. I wrote a song about him in a bar, on a napkin, called “I, Alive.” There it was, in the old notebook. I gave it in its entirety to Bea, who has lost track of her dream of being a lyricist. I thanked my twenty-two-year-old self!

Another bin holds photographs, snapshots and Polaroids of every size, various and odd-shaped, black-and-white or faded. One stack became another catalyst for Carry the Dog. My mother—nothing like Miriam, Bea’s mother—had taken pictures of me in the den of our split-level wearing a Wes Anderson-esque succession of sixties outfits and tortured facial expressions. I was a gangly twelve-year-old; my guess is my fashion magazine–wielding mother guilted me into “modeling,” posing me in a pleated tent dress with a psychedelic swirl print, a black-and-white-striped vinyl raincoat with a matching newsboy cap, and oh yes, a white bikini that looks like underwear. In the tragic bikini shot, my arms are crossed to hide my body and it appears I’m about to cry.

I’m not suggesting anything more here than what it was: my bored, formerly glamorous mother stuck in the suburbs with a camera and a daughter and the haul from a shopping spree. But coming upon those images blasted open so much for me, particularly what it was like to be an introverted girl with an extroverted mother (and I know I’m lucky that that’s the most I had to endure). How a mother can—in my own case, innocently; in Bea’s case, not—hijack a child’s body and identity in order to make themselves make sense. I literally shake the snapshots to try to free my young self from my mother’s gaze. For Bea, the stakes are much higher, the gaze much darker. She must step out of the frozen past and her mother’s vision to be free.

Bea’s quest, my quest, maybe anyone’s quest, is to accept that memory is unreliable. It’s a hologram, purposely shape-shifting as the light hits it. As we gain wisdom—hey, as we age—we see angles and shadows, blur and glare. It all serves to show us who we were and who we might be next. Bea is not me but is not not me. I’ll give the protagonist of my new novel-in-progress the gift of my faulty memory, too. I’m in the process now, again, of making up what really happened.