Gentrification, Capitalism, and the Swirl of Soho: An Essay by Fiona Mozley on Writing Hot Stew 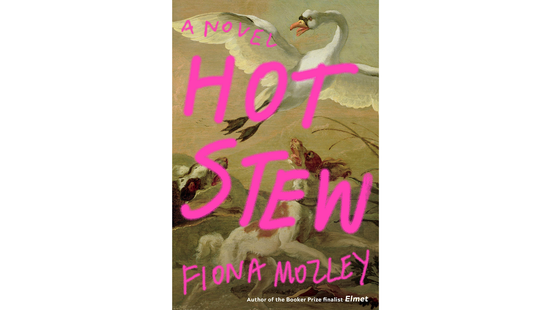 Soho, the district of central London sometimes known as the West End, has long been the capital’s playground. Its streets are lined with theaters, restaurants, cafés, music venues, clubs, and bars. There used to be bookshops too. Lots of them. These have largely disappeared, with a few noticeable exceptions, as have record stores, gay bars, and many of the delis and food stalls selling produce from around the world. The district has long attracted immigrants: French emigrés fleeing revolution, Italians in the nineteenth century, and Jews, such as Karl Marx, who lived on Great Windmill Street and spent much of his time working in the British Library to the north. Soho is also the city’s red-light district. Women and men have sold sex here in various forms for centuries, from the salons of the 1700s right up to the present day, but this too is changing. The English Collective of Prostitutes has recently produced a zine covering their work in Soho over the last thirty years and the most recent spate of evictions, deportations, and arrests. If you want to learn about the real Soho, the real women who live and work there, the real issues they face, I encourage you to buy a copy of the zine (learn more here).

In my new novel, Hot Stew, I wanted to create a fictional, surreal, at times fantastical picture of Soho’s changing landscape. The novel centers around a crumbling seventeenth-century town house on an unnamed Soho street where a new underground railway is being constructed. Drills are boring through the bedrock and sending tremors up to the brick and concrete above.

The people living in the town house’s basement feel the quaking first: they are squatting there, making a living however they can. On the ground level is an old, traditional French restaurant. The snails sitting by the hot stove know it’s time to leave even if the proprietors don’t. Above this are flats inhabited by women who make a living selling sex.

The owner of the building, who of course lives elsewhere, is the daughter of an infamous gangster who bought the property when it was still cheap. She wants to kick everyone out and convert the building to luxury flats. In gentrifying the area, she hopes she will gentrify herself. She wishes to be unstitched from her father’s grubby coattails and step out into a bright world of property, business, high finance, and international shipping.

There are others struggling to find their way too, from reformed thugs to privileged party boys, actors and writers and recent graduates. Everyone is flailing, one way or another. They are caught in the strong winds of capitalism and gentrification, opting to sail with them or against.

I lived and worked in Soho from May to October 2013, when I was twenty-five. I occupied the garret of a crumbling seventeenth-century town house. There was scaffolding up one side to stop the building from falling down, and if I climbed out of my window onto the scaffolding I had a makeshift balcony. I was never really meant to be there. The owners (or tenants—I wasn’t sure) thought they’d make some money by leasing it (without a contract) to those (like me) foolish enough to live in a building on the brink of collapse. The tip-off about the room came from my friend D, a longtime Soho-ite who managed to hang on for longer than most, being forced out only in the last year. I drank with him at his local pub or else at the lesbian bar round the corner, until that eventually turned into a strip club for straight men.

Anyway, it was during this summer—before I was chucked out of my Soho garret by the council and hastily returned to my hometown, York—that I first thought of writing a novel set in the district. Although I didn’t start writing Hot Stew until 2016 (the day after I finished my first novel, Elmet), I’d spent the intervening years thinking about it, constructing characters, reading, having conversations. I visited D frequently and noticed the closure of venues, the ongoing evictions, the fight against them. I realized that if Hot Stew was going to be a novel about gentrification, it also had to be a novel about its resistance. Thus two initially minor characters, the sex workers and reluctant activists Precious and Tabitha, came to the fore, and as I wrote, it became clearer to me that they were the book’s heart and soul.

Protest movements have always fascinated me. I grew up on stories of my parents’ participation in the protests of the 1960s. I’ve been a part of a couple myself, though I fear that I don’t have the kind of personality that allows me to be of much use—I’m too shy and don’t like crowds. Maybe because of this, I have a lot of admiration for people who take a more active role, those with the mental and physical fortitude to organize and lead. That said, I’m also interested in the way political campaigns can get co-opted by various incompatible factions, or else taken over by personality cults or those with a talent for self-promotion.

What is more, I had begun to consider the long view, and found glimpses of similar disputes across the centuries, in London and other cities. I’d commenced an MA at the University of York and wrote my dissertation on land grabs in fourteenth-century London, where the mayor and alderman frequently justified the seizure of tracts of common land by citing the presence of immoral women, many of whom may have sold sex (we can’t be sure). This historical research, along with books about contemporary sex work such as Playing the Whore by Melissa Gira Grant and Revolting Prostitutes by Molly Smith and Juno Mac, informed Hot Stew’s themes.

But what about Soho itself? What about the neighborhood? People have likely been bemoaning their “lost” cities or hometowns for as long as such places have existed. New Yorkers reminisce about bygone days when writers could afford apartments in the East Village; Parisians scoff as districts that once housed painters become little more than tourist traps.

There are valid criticisms of nostalgia: a desire to cling to an often-imaginary past can lead to reactionary politics. But nostalgia can also prompt us to interrogate the forces at work behind the shifts. There seems to me something rather nihilistic about shrugging our shoulders and coming out with wry comments about the inevitability of capitalism’s all-consuming reach, about how we should get on with it, get real, grow up, move on. But this attitude isn’t neutral; it favors those already in power, or on their way to it. While it might be acceptable—witty, even—to ridicule those who cling to obsolete technologies or the fashions of past decades, it is quite different to be blasé about the death of communities, livelihoods, and about people being priced out of the neighborhoods in which they live and work. We can’t ignore the material, emotional, psychological impact these changes can have on people and communities. As I wrote Hot Stew, tracing these very different lives on this small patch of ground, I hoped it would contribute to this conversation.