Subscribe to Bookclubs' newsletter for book recommendations, book club inspiration, and the most popular book club books each month

A Nod to Shopping: An Essay by Deborah Goodrich Royce 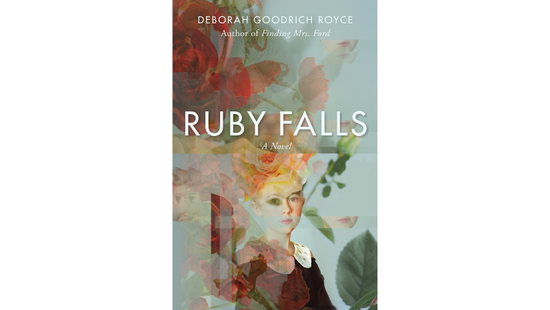 It wasn’t exactly the shopping that had lodged itself in Susan’s sense memory. It wasn’t the acquisition of material goods that made her feel temporarily less vulnerable and exposed. Susan and her mother had frequented stores like Bonwit Teller not so much to shop but as an act of willful shapeshifting. They liked themselves and each other better in the sealed and pristine environment of a luxury department store. It wasn’t reality and that was the appeal of it. Reality had lost its charms.*

The world has changed, as the world is wont to do. There are aspects of this change that have been accelerated by the global pandemic, but I would stress the word accelerated since many of these changes were in motion anyway. The pandemic did not cause them, but merely pushed us at warp-speed down paths we were already on.

Among the flotsam we have cast aside in our busy lives is the quaint activity of shopping. Today, we can get anything we want with the click of a button. We can get multiples of anything in a range of sizes and colors that boggles the mind, all of it easily examined at home and returned if it misses the mark. It is convenient and expedient and it saves a great deal of time. It can be done at three in the morning as easily as three in the afternoon. Most people do it. I do it. I have replaced the activity of shopping with the activity of acquisition. The same, you say? Not at all, I counter.

Shopping as a multi-hour amble in the company of a cherished other—or all by ourselves—has vanished from most of our lives. I cannot even remember the last time I called a friend to ask if she would like to meet on our local avenue to stroll the shops, chatting, touching, trying, looking. For shopping has less to do with getting than it has to do with looking. And by looking I mean all of the above, looking with our eyes and our hands, but primarily with our minds. In the scene excerpted from Finding Mrs. Ford above, a young Susan Ford wistfully recalls a shopping expedition with her mother shortly before her mother died of cancer. She remembers the trying on of hats: their colors, their textures, their feel,  and the false perception that the hermetically sealed environment of a beautiful store would somehow protect them from what they both knew was coming. Of course, she knew there was no real protection. Her mother knew it, too. But shopping—for them, for me, for so many of us—was a willing diversion, a conscious act of self-soothing that helped us to get through whatever we were getting through in our lives.

I grew up shopping. First, with my grandmother and mother, at Hudson’s Department Store in downtown Detroit. Then, like so many, we gave up on our cities and frequented those “modern” beacons of the time: the malls. Wherever we went, the outing always included lunch. We were in it for the day; at least for a large part of the day. We drove together as a group, we walked together as a group, we sat in a proper restaurant, and we had lunch. There was a ritualistic aspect to it, with distinct variations that separated “back-to-school shopping” from “Christmas shopping.” Yet in all these variations we had lunch. When I was little, it was a grilled cheese for me, Waldorf salad for the adults. By the time I was a teenager, we had all embraced quiche.

Just out of college and on my own in New York, I would go to Macy’s alone. Riding those old wooden elevators and wandering the floors of that grand house of merchandise—all seven of them—from furniture to children’s to ladies to cosmetics, took me out of my life soon after my own father had died. Just like I did in earlier times, I looked. I examined Biedermeier furniture—its golden sheen something with which I had been previously unfamiliar but with which Macy’s was heavily stocked—and contemplated having the kind of apartment where such furniture might be placed. My five-hundred-square-foot studio in Hell’s Kitchen did not qualify. I handled layette sets, considering a moment when I might buy such a thing to gift to a pregnant friend. Maybe I wasn’t yet ready to consider a child of my own, but a friend’s was in my range of possibilities. I tried on clothing made by Perry Ellis and Willi Smith, two young and handsome and wildly successful designers, one white and one black, who would soon be cut down by AIDS. But in my bubble, inside Macy’s, all alone in the dressing room, all that was distant from me. Or felt that way, at least. And, even alone, I had something resembling lunch. I may have just gone to the basement (cheerily dubbed “The Cellar”) for a cookie and coffee, but I maintained something of the ritual of my childhood.

Some might say that shopping is a shallow activity, a pursuit bent on the surface beauty of transient possessions that are meaningless in a world of suffering. I would say that is a partial truth. There are different ways of looking at everything but the ability to do that kind of looking is something we have packed away in our mental storage trunks these days. I am not advising spending all one’s money on self-indulgence. I am not advising not giving to charity, not volunteering one’s time, not working, exercising, reading, attending the theatre, or gardening. Of course not. A full and fulfilling life encompasses real and meaningful work and care for the most vulnerable among us.

But today, as I stand in my kitchen clutching a dull and overused knife, bent over a cardboard box—one of the many that my purchases come in—to cut it flat and render it fit for recycling, I see, just for a moment, a pristine Bonwit Teller bag:

Its sprigs of purple and blue violets were jumbled with green leaves and stems, as though little bouquets had been gathered on a white sheet, tossed up in the air and then painted where they dropped, facing every which way.*

And cocooned under the tissue poking out of that bag out in snowy white peaks, one small lipstick that, back in the day, would fill me up with hope and aspiration for items that represented identities that I hoped to slip into one day. Items that were not yet within my reach. But if I were to aspire for something now—besides the important aspirations like world peace and plenty for all—I might wish for just one day spent with a loved one while walking and looking at items wondrous and beautiful and sometimes strange. And, in the middle of it all, a pause for lunch.